It was on a rainy Tuesday evening last week that I braved the tube at rush hour to get to London Bridge. Jostling among the crowds of people and getting a little lost outside the station had me flustered, but finding my friend and scoffing down a scrummy Love Burger from Leon soon righted my mood.

When food is therapy

Taking advantage of a break in the drizzle we then walked around the corner to the Kings College Science Gallery, eerily quiet post its usual opening hours. The gallery is hosting an exhibition through until the end of June entitled: Genders: Shaping and Breaking the Binary and we were attending an after-hours workshop, just one of the events accompanying the display.

Gender is such a broad and multi-faceted topic. As someone who was assigned female at birth and happily identifies as such, using the pronouns “she/her”, I can barely imagine what it must be like for someone who was born intersex, transgender or non-binary with how quick to judge society is. Inclusivity is increasing incrementally, but I find it bizarre that many still consider anyone falling outside of the binary as ‘freaks’ and therefore sub-human. These ideas are also in the forefront of my friend’s conscious since she is halfway through growing her own human, choosing to refer to her bump as “they” and not learn the child’s gender until they arrive.

Falling down the gender rabbit hole

The event was fully booked and I expected a seminar set up, maybe being broken up into small discussion groups to air views on the topic but I was totally surprised upon entering the basement theatre space; the floor was left open and bean bags were scattered around for seating comfort. A few people had arrived and were casually draping themselves on the soft furnishings, comfortably reclining. We were only a small group of about 15 attendees and our speaker said the only reason they were in a chair and not on the floor with us was to flick through the presentation on their laptop.

Their elevated position did not detract from the relaxed and intimate mood, and we were soon officially introduced to our speaker, Cibelle Cavalli Bastos; artist, performer, researcher and non-binary human who also uses the online pseudonym @aevtarperform. I had not done any research into them or the evening’s workshop prior to arriving but I can honestly say I was blown away. 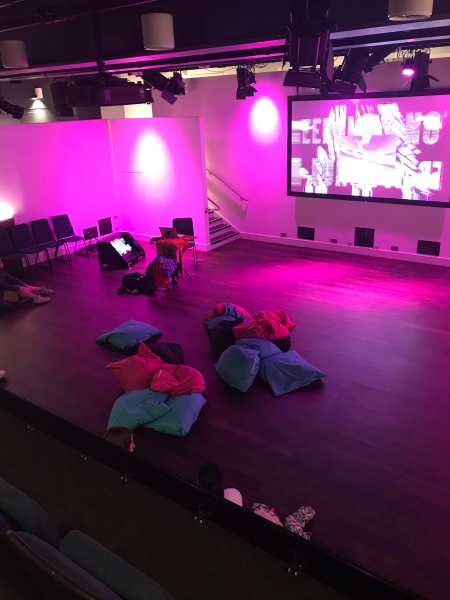 I was already a firm believer that gender is a social construct and our identities as humans go beyond our genitalia and the societal expectations formed around these. Cavalli Bastos gave us their response to those who argue that gender was strictly biological, enforcing the binary, which was that there are many more than just two biological genders; the assumption that every person is born a man (with testes/penis) or a woman (vagina/uterus/ovaries) was simply not true. This is not only a confusion of sex for gender but also relegates any person born intersex as “other” and their worth deemed “less”.

Cavalli Bastos put the concept of gender under the microscope and explored how it is the foundation stone for the entire structure of society. Starting at birth, a doctor looks between your legs and assigns you a team; if a child is not clearly a boy or a girl then (much of the time) they are surgically altered (mutilated) to fit into one of these groups. Cavalli Bastos cleverly used technology as a metaphor and referred to this gender assignment as your first line of code as a person; and upon receiving this code; your parents then give you your first username.

Once gender is assigned, your role in society, how you relate to others and them to you is pre-determined. We still subscribe to the idea that ‘masculine’ traits of boldness, strength, leadership, assertiveness, independence and power are all desirable. ‘Feminine’ traits however; sensitivity, humility, gentleness, softness and empathy are seen as less desirable. Listing these so called traits only proves to me how we have developed such an imbalance in society, stereotypes are so easily perpetuated and how the patriarchy continues to thrive. Continuing the technological metaphor Cavalli Bastos compared this to malware, challenging us to deprogram and clean out our systems.

A Calvin and Hobbes strip by Bill Watterson

While many, including myself, would be quick to point a finger at Toxic Masculinity being a big hurdle to achieving equality in society, Cavalli Bastos countered this with a very interesting argument that even by removing the toxicity you’re still subscribing to a stereotype of masculinity. They proposed the real problem was actually “Femmephobia”. (Read more in this very interesting article here) Looking at the way women have been treated throughout history, along with men who show more feminine traits being dealt with brutally by society, indicates how deeply ingrained gender divides really are. 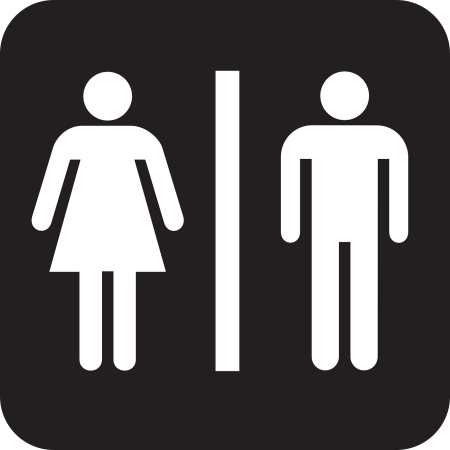 Two is too few

I have barely scratched the surface of what Cavalli Batos dove into. This subject is clearly something they have been researching for a long time and their findings delivered with an infectious and determined passion. Taking a short break before attempting an exercise, my friend and I exchanged wide eyed gazes at each other and both expressed amazement at what we had just listened to. There was a sense of relief too, it felt like someone was finally brave enough to tell the truth about our experience as human beings, as individuals, and how putting each other into a box of any shape or size is incredibly limiting and dangerous.

My friend mentioned how some members of online mum-to-be forums she was in would get excited about gender reveal party ideas and how one professed a need to know what their baby’s gender was so they knew how to bond with them. This outlook puzzled both of us. A small child doesn’t know these so-called inherent traits; we raise them to be a certain way and to perpetuate these traditional ideas. Boys don’t wear dresses, make up or play with dolls; they are not allowed to show their emotions but are allowed to get away with more boisterous behaviour because ‘boys will be boys’. Girls are held to a bizarre standard of beauty from an early age, are not given credit for taking charge and taught to be compliant and to quietly serve/please. It feels like ours is the generation that will start to very slowly unpick these nonsense expectations and accept little humans for who they are, not what we expect them to be.

What does it really matter?

Eagerly anticipating what Cavalli Bastos had planned, we all gathered closer together and they lead us in a visualisation exercise asking us to imagine ourselves as a shape, and then to move that shape in a masculine way followed by a feminine way and then a combination of the two. I found defining what a masculine movement was quite challenging, especially since I had imagined myself as a ball of light. We were then asked to dive into a pile of clothes and put items on until there were none left. We were encouraged to wear items in different ways; I tied a detached lacy sleeve around my wrist, wore one glove, and tied a top around my waist as well as another around me diagonally like a sash. My friend inventively wore a bra as a hat which made perfect sense in this context. Cavalli Bastos then played music and we began walking around the space and re-enacting the visualisation they had just walked us through.

I still struggled to manifest what I perceived as a ‘masculine’ movement and resorted to just stamping my feet and swinging my arms with each step. Merging my more intuitive flowing ‘feminine’ movements with this was surprisingly liberating. Doing this exercise really helped me to visualise breaking down the gendered structures in my own head and begin to imagine seeing passed the categories we’ve created for each other and therefore ourselves.

The evening ended with hugs and hope. I resolved to try training myself to use the ‘them/they’ pronouns for everyone regardless of identity, declared or perceived. I challenged myself to try harder to see my fellow humans as more of the individual energies that they are; exactly how I’d like to be perceived. We should all be given the space to express who we are, not just those who conform to an outdated binary for the comfort of everyone else. There is so much more to us all, and I feel so lucky to have now become part of this conversation. Let the deconstruction begin.

The exhibition runs until the end of June