“Ladies and gentlemen and everyone in between”. This was the epic greeting from Placebo’s enchantingly androgynous Brian Molko to the screaming sold out crowd at the Royal Festival Hall. Still slightly confused by my genteel surroundings I had to wonder what the band had in store for us. Usually, when I’ve gone to gigs, the band is touring a new album so one expects a few songs you don’t know as well with the big hits saved for the second half of the show or even the encore. This being a festival gig, the band had so much to choose from an almost 25 year career. In fact, they could play only massive hits and still leave people with particular expectations disappointed. 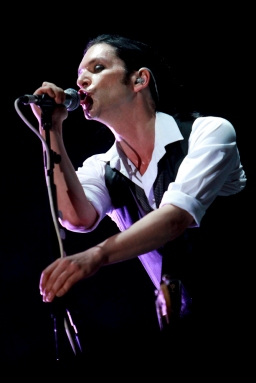 The veterans had remained off my ‘seen’ list despite touring South Africa when I was a student – and therefore horrendously broke so couldn’t make it. Starting with the distinctive opening riff of “Pure Morning” I thought I should have done some warming up for all the singing along I was going to be doing. My mind also raced with all the big songs this band have produced and could not filter which ones I would prefer to hear live.

I almost became emotional with the uplifting “Jesus’ Son”; bouncing around like a teenager turned to thoughtful swaying for “Twenty Years” and morphed into sentiment for “Protect Me from What I Want”. “Without You I’m Nothing” felt very special since this song was recorded with the late David Bowie which created a sense of homage. “Special K” and “Bitter End” restored the high energy levels in the room, and I was back to bouncing and singing along. 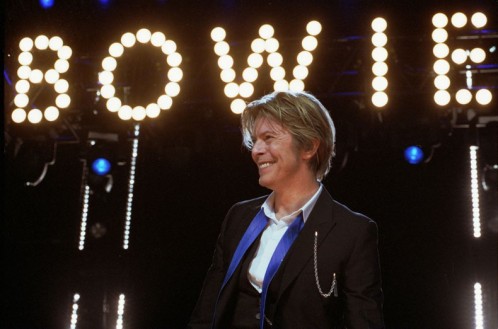 Missing the legend that was David Bowie

Coming back for not only one but two encores, a cover of The Cure’s “Let’s Go to Bed” had the whole crowd joining in the chorus. Placebo finally finished off with their famous cover of Kate Bush’s “Running Up That Hill” which brought all the feelings I had managed to monitor and maintain until then to the surface. No actual tears emerged but I was deeply moved by hearing these songs which had meant so much to me at different stages of my life; an uplifting kind of catharsis. Guitar feedback wailed in my ears for days afterwards. I considered it preparation for my second date with Meltdown a few days later; this time with the Deftones. 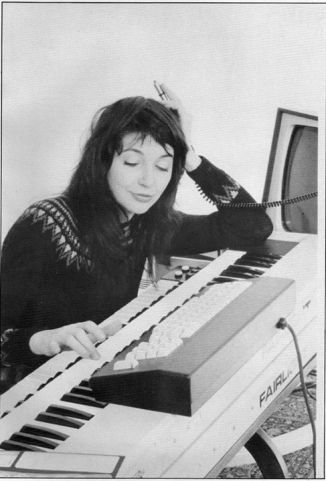 Another hero in Kate Bush

Gigs on a school night can be tricky and tired from the day’s work but also excited for the upcoming event I made my way back to the Royal Festival Hall to raid the merchandise stand;  this time actually getting a vest and a festival poster, before meeting friends in the gorgeous summer sunshine for a couple of pre gig pints.

I think I’m the last out of my rock enthusiast mates to see Deftones, a band I discovered at the end of high school and really got into in college. They spoke very clearly to me at the time and provided an angry enough voice for my then state of mind. I was afraid that two gigs of bands so meaningful to my younger self happening so close to each other would just blend into one surreal memory that I would later convince myself I’d invented.

While some of our group went in to listen to the support act, instrumentalists’ pg.lost, a couple of us opted to keep chatting, and of course I had to geek out and change into my new merch. Finding our seats I realised we were sat in the same spot as Placebo which was a bit surreal. I also began assuring people around us who were concerned this would be a sit down show that we would all be on our feet as soon as the lights dimmed.

Beginning with the classic “Feiticeira” and continuing with “Digital Bath” as the tracks play on the Grammy winning album White Pony, I was transported back to 2000. Invoking all the emotions associated with my favourite album Around the Fur, singer Chino Moreno belted out “Be Quiet and Drive (Far Away)” and, to probably the loudest screams I have heard since A Perfect Circle, “My Own Summer (Shove It)”. You guessed it, I was yelling and younger me was very much involved. 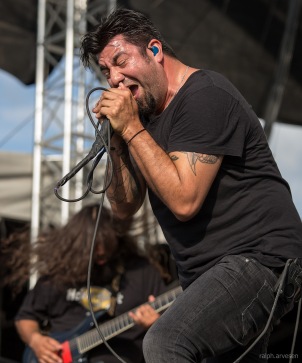 Changing the tone with the haunting shoe-gazers “Rosemary”, “Sextape” and “Diamond Eyes” there were shouts of ‘happy birthday’ to Moreno who was turning 45 that day. There was definitely a familial and community sense among the crowd and an appreciation for the unique nature of such a special performance.

Even more incredible classics followed with personal favourites, “Knife Prty”, “Change (In the House of Flies)” as well as “If Only Tonight We Could Sleep”, a Cure cover recorded by the band in 2005. They finished the set with a stonking, face-reddening rendition of “Around the Fur”. Returning for an encore with the anthemic “Minerva” and finally “Birthmark”, I was giddy with joy repeating the Knife Prty line “I could float here forever” in my mind. I was quietly relieved another planned gig I had the night before was postponed since I needed that extra energy to process all the old emotions still lingering from Placebo and now amplified by Deftones.

I was grateful to have been ‘broken in’ by Patti Smith earlier in the month, since coming back to reality the next morning was a little easier, while carrying the sense of wonder I get from live shows into my daily routine was also easy. I think I can boldly state that with the help of Robert Smith, 2018 has been the best summer of my life so far, and with much more to come, I’m ready. 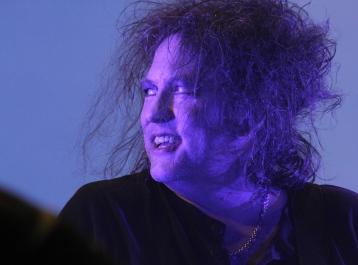 The man behind the Meltdown, Robert Smith

One thought on “Meltdown – Part II”