I remember feeling a bit lost joining a queue outside a venue called Revolution I’d never been to in a town I’d just arrived in for my first and only visit. A friend and I had just been driven to Fort Lauderdale from Delray Beach by a colleague for a once in a lifetime opportunity, the chance to see Type O Negative on their Dead Again Tour which coincided with the few months we spent working in Florida.

Still have the shirt

While many will probably respond “Type O Who?” you can trust that for me this was the biggest show I had the chance to get to in my life at that point. The Goth Metal band were huge in my world and while aware my taste was more niche than most, I never considered there was the remotest chance of being in the same room as them.

I can barely recall what I had for dinner last night but flashes of my memories are surprisingly clear about this adventure more than a decade later. It was 2007, I had only started really carving out my independence, and just before we all had computers in our pockets. A friend and I had spent the day packing a change of clothes and heading to a colleagues place where we’d study his extensive record collection as well as listen to his fascinating description of the damage done by Hurricane Katrina which struck the area a couple of years earlier. I also remember an iguana slowly patrolling the border of a manmade pond-like water feature out the back of the building. I still wonder if that was someone’s pet or an exotic wild creature. 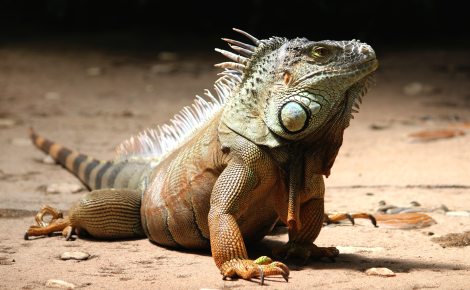 Having changed into appropriate costume (as it were) the three of us made our way to a wonderful vegetarian (possibly vegan) restaurant and our colleague chuckled to himself saying he felt like he was being accompanied by two ‘Princess Noir’ which still makes me smile. I don’t recall arriving at the venue too clearly, other than approaching it and joining the queue, but inside it was a sharp rectangle with multiple floors. We headed up to the first floor to have a more ‘chilled’ concert experience instead of getting squashed near the stage. It was there I decided to buy a t-shirt and then resolved to do this at all gigs I went to, considering I’d barely been to any at this point. Little did I know that maintaining this tradition after moving to London would leave me an abundance of black band shirts, with a small selection other colours sprinkled among them.

Having never heard of the support act, Celtic Frost, my attention was captured more by my surroundings than their performance. I wish I had though; knowing now that they are metal legends who had reformed and were to finally disband a year later in 2008. They had inspired the likes of Cradle of Filth and Sepultura among others, while it’s been noted that Nirvana were also fans of this Swiss group. I mostly remember a sense of high drama, and theatre, and the Oompa Loompa song from the original Charlie and the Chocolate Factory film being played over the speakers once they finished and we tried to find the ladies loo.

By the time I could see vocalist and bassist Peter Steele on stage my memory is a mix of green lighting, emotional overwhelm, tiredness and disbelief. What I noticed first was just how tall he was, but also that none of the band took centre stage. While a central microphone had been set up, Steele and guitarist and vocalist Kenny Hickey would take turns using it as well as together.

I did focus much of my attention on Steele since my adolescent obsession with him had not yet waned, and we happened to be standing directly in front of him, albeit one floor up. He spent much of his time sitting on a speaker, slapping his bass with his enormous hands making his guitar look like a toy and occasionally sipping (what I assumed to be red) wine, directly from the bottle. To be fair the gig was a prolonged swoon, and while I cannot remember which of my favourites they played, I do distinctly recall him loosening his hair to lean forward and make use of the strategically placed fan ready to blow it back for at least the essential “Black No. 1”.

In his thick Brooklyn accent he also said something along the lines of: “I might be six foot seven but I have feelings too”. I forget the context, but I remember the sense of humility, and while this giant God of Goth was every inch the rock star in many aspects, he was not afraid of admitting his vulnerability and humanity.

This was to be their last album tour; Steele died on 14th April 2010 aged just 48 of from aortic aneurysm (initially reported as heart failure) which shocked me. I was about to leave my then house share to meet my house mates for a pub quiz and I made sure I changed into my tour t-shirt. Not sure why, but it felt like a way to mourn the loss of such an influential character, for me at least, nobody I spoke to that night knew who I was talking about. 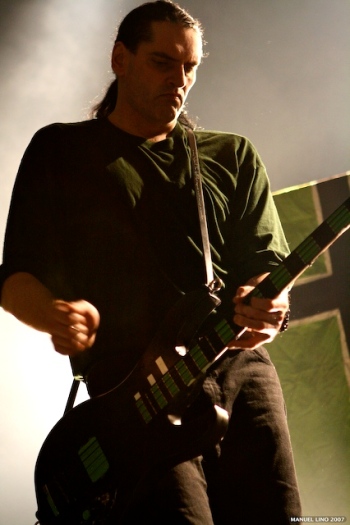 Oddly enough I saw the ticket on my most recent trip home, it has been proudly displayed in my bookcase at my parents’ house in Cape Town for all these years, and I decided to bring it back with me to London. I thought about it a few days ago and decided to try write about the experience of seeing the gig (if I could remember enough of it) but also wondered if it would be on any interest.

Doing research I saw that it was days from the 9th anniversary of Steele’s death, and a colleague’s t-shirt that day was a remarkably similar green to a shirt Steele was wore in a popular photo of him on stage. While looking up information on Celtic Frost days later, a totally unrelated band I was listening to (The Mountain Goats) mentioned them by name in a song, as well as one of their noted influences Siouxsie and the Banshees which I was checking the spelling of minutes before.

I’m definitely reading too much into it, but I am also thoroughly enjoying recalling a special memory with a dear friend and such a big moment for me. I have realised how much this night set the bar for many gigs since, and it’s also a fantastic reason to work my way through Type O Negative’s catalogue, as if a reason was ever required. Thanks for coming on this trip down memory lane with me.

Faded, but some of the memories still linger