Growing up in South Africa has woven into my childhood a rich tapestry of culture and language. Apartheid was still in control when I was born in the eighties and as my awareness expanded the landscape changed. Mandela was released, democracy was achieved and I still follow the developments as my home country continues to evolve.

A new flag for a new nation

Hindsight has allowed me to pinpoint the moment that kicked off my curiosity about my surroundings. It was the early nineties, where at the annual Grahamstown National Arts Festival my parents took us to see the perennially popular satirist Pieter-Dirk Uys. Famous for highlighting the absurdity of Apartheid and getting away with ridiculing the regime on stage and small screen through his character Evita Bezuidenhout, I knew who he (and she) was, but also didn’t really understand what he was saying. I knew the people he dressed up as were in the news, but the bilingual script and references were lost on me. It highlighted my youthful ignorance though, and it was then I knew the world was so much bigger than my familial universe. He also taught me the absurdity of politics and how funny grown-ups can actually be – especially when they’re trying not to be.

Skip ahead to my twenties and Uys has been elevated to hero status in my mind. I watched him go for the jugular at a theatre in Cape Town at the height of the land grab disaster in Zimbabwe by dressing up as Grace Mugabe while singing ‘Old MacDonald’. I was also introduced to another drag character, Noelle Fine, a social climber living in the suburbs of Cape Town who had adopted “a black baby from the townships”. He did the sketch in full ‘middle class white woman’ regalia, but wearing Marigolds. Through this character he challenged everything it meant to be white in South Africa for decades, epitomising privilege before the concept became part of the wider dialogue. Genius.

Fast forward again to 2014 and seeing him at the Soho Theatre doing a ‘pot luck’ kind of show where his character accessories were placed in numbered paper bags around the stage. Numbers were randomly called out from the audience and Uys would do a sketch of the character that was in the bag. Not only a fun evening, but this was also my first opportunity to be externally published in The South African. My review ended up in the weekly paper, the page of which I have hanging up in my flat as a little daily inspiration.

Our last station on this train of memory was this last Monday, back at the Soho Theatre for Uys’s latest show: The Echo of a Noise. The scene was set up like a kitchen with a lonely stool centre stage. The lights dimmed and to a radio recording of himself as a young boy singing a choral number in a beautiful high and unbroken voice, Uys entered the stage to excited applause. He gazed at the audience, gestured upwards and then to himself to confirm that this young voice was indeed him. Sitting on the stool in a casual all black outfit, including a hoodie saying ‘Almost Famous’, he placed a knitted beanie on his head as the soundtrack faded out. 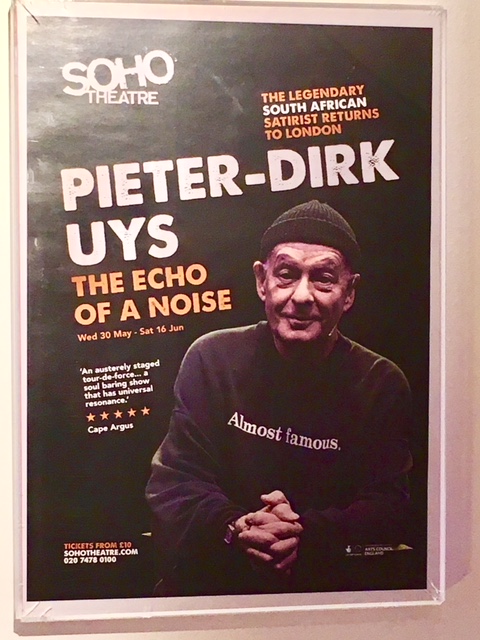 This was not the Uys of my memory. He was the same man commanding the stage and filling the space with his charisma, but this time he cracked open a window into his vulnerability. He began to tell us about his childhood without the veneer of a character or caricature even. Instead of telling a nation’s story, he was telling his own. 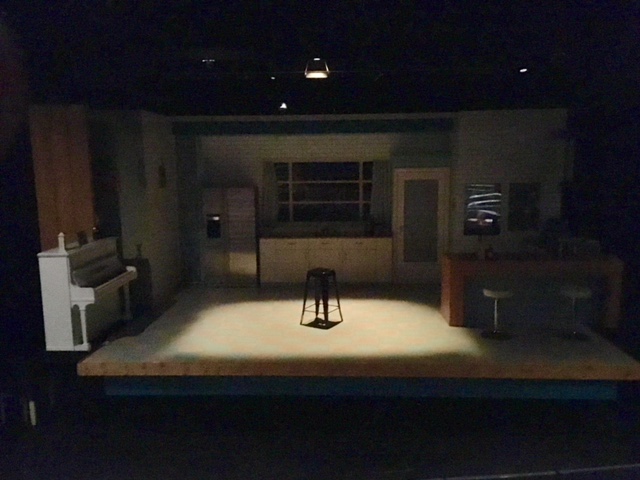 A stage that was filled with memories

Uys started ‘at the beginning’ as it were by telling us about his parents: Hannes, a strict Afrikaner Dominee (priest) in the NG Kerk (Dutch Reformed Church) and Helga, a Berlin born concert pianist and about growing up at 10 Homestead Way in the Cape Town suburb of Pinelands. Uys captivated the audience for almost two solid hours with vignettes and memories. Faking illness as a child to listen to his favourite radio serials which were broadcast during school hours, declaring he didn’t want to go to heaven after being told his cat would not be there and asking a school friend of his mother’s if the digits tattooed on her arm were a phone number. He recalled Sunny the family housekeeper and how even though the government would not afford her the same rights as her employers, because she wasn’t white, the kitchen was solely her domain to the point where one would have to knock on the door to enter.

As a child Uys confessed to becoming infatuated with Sophia Loren and through tenacity and persistence formed a friendship with her as an adult. He told us about traveling overseas at the insistence of his mum, staying in a flat with his sister in Kilburn while studying at the London Film School and then having to rush home to bury his mother after she jumped off Chapman’s Peak Drive and contrast their closeness with the consistent difficulty of his relationship with his father. 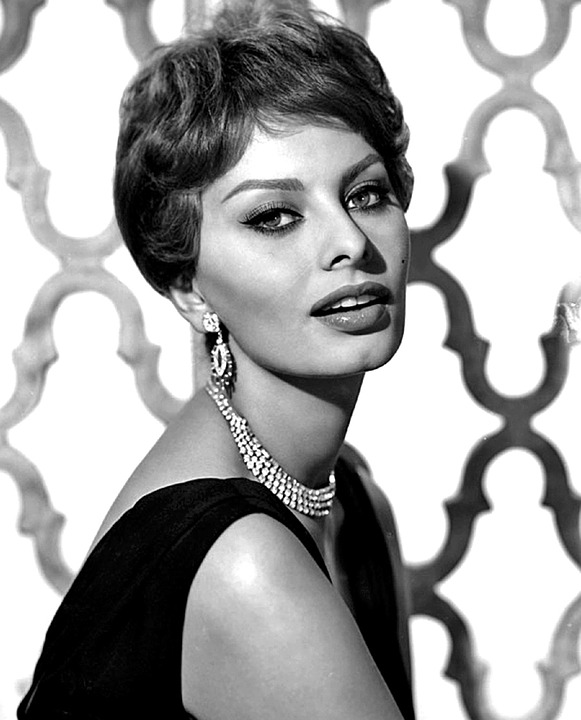 It was Uys’s colleagues at the film school exposing the horrors of Apartheid that made him aware of what was really happening in his homeland, leading him to realise that was where he needed to be. He returned to open a theatre with esteemed colleagues and intentionally break all the segregation laws of the time.

This show is a most delightful little heartbreak; captivating in its honesty and beautiful in its simplicity. Uys is so relatable and effortlessly charming; you want to keep his batteries fully charged so his stories never end, but also scoop him onto a sofa, wrap him in a blanket and bring him a cup of tea. He made it feel like he was welcoming us all into his family. I feel like we were given a glimpse into the real Pieter.

For someone who used up all her annual emotional nuggets in Victoria Park just the other week, he still managed to make me well up more than once. The mirth was punctuated with a little sadness, and I couldn’t help but think that this had the echo of a goodbye about it. I sincerely hope not, we still need the man who became the most famous white woman in South Africa.

A documentary about his life, Nobody’s Died Laughing, has screenings at the theatre this weekend. The film includes an appearance by Sophia Loren and I will certainly be getting my own copy on my next visit home. Maybe I’ll do a little drive passed 10 Homestead Way too.