100 years ago, some women in the UK were given the right to vote. One had to be at least 30 years old and a property owner to qualify for this right, but another decade later in 1928 it was extended to all women (and men) over the age of 21. A basic and incredibly valuable right so commonly left unexercised these days.

The Suffragette’s campaign of rule breaking, railing chaining, hunger striking, bombing and ultimately self-sacrifice persisted through being met with brute force, violence, degradation and torture, and was only successful following the First World War. Women having replaced men in the fields and factories had more than proved their capabilities and were refusing to retreat back into a submissive position. 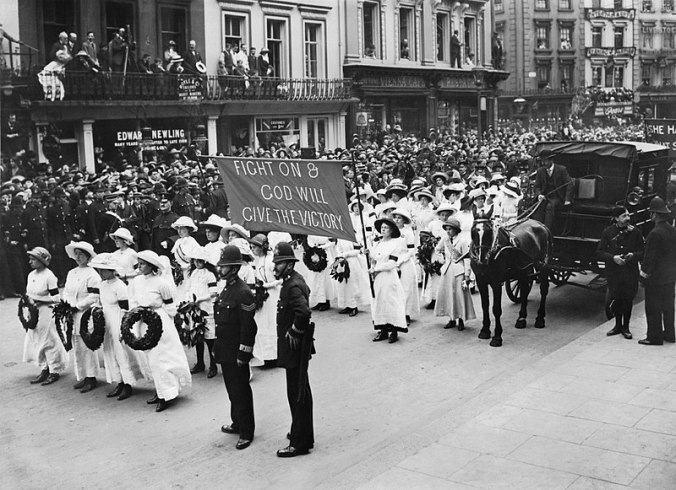 Suffragettes in the funeral procession of Emily Wilding Davison following her death from injuries sustained by jumping in front of the king’s horse in 1913. Image created and released by the Imperial War Museum

The passing of the Representation of the People Act gave some women the right to vote and it was this first granting of female suffrage that we celebrated across the UK on Sunday. Processions, organised by Artichoke was a mammoth commemoration and public art work. Having attended an official banner making workshop, and then holding our own with friends, two of us headed to Marble Arch to join others to mark this special centenary. 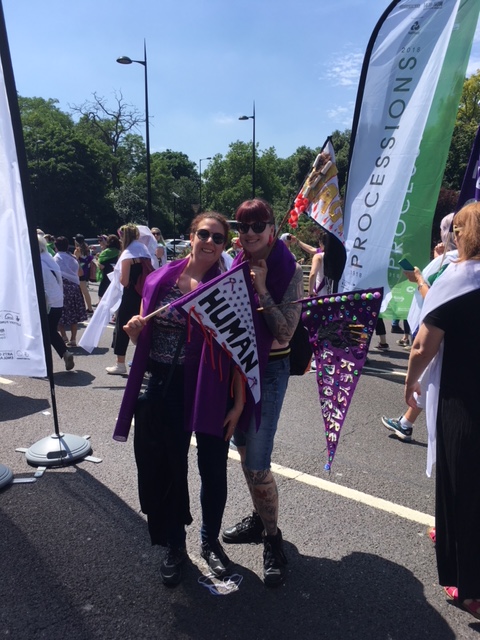 At the starting point with purple scarves and banners ready

Mother Nature seemed to be with us, providing clear blue skies, a slight breeze and blazing sunshine. We walked along Park Lane in order to collect our purple, white or green colour scarves to form a mass display of the suffragette colours as we marched the nearly 3 miles to Parliament. Similar Processions were held in Belfast, Cardiff and Edinburgh and the numbers in London would have been in the tens of thousands. It was astounding to be standing in a sea of activists, filling the horizon with banners, song and joy. 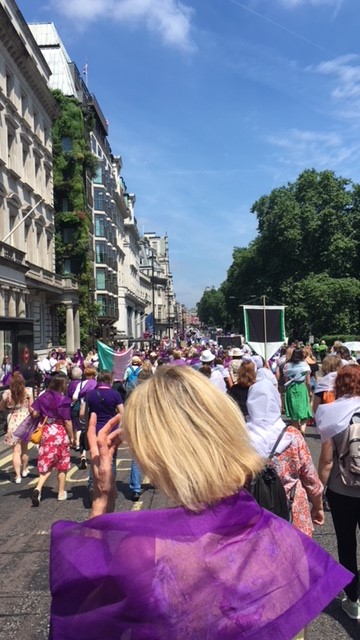 Marchers as far as the eye can see

Cleverly distributing scarves by filtering the crowd through gates at the start, the volunteers were in as high spirits as the marchers. The comradery and sense of pride bubbled up through strangers conversing, sharing stories of everything from transport difficulties to the vast numbers in attendance and agreeing the fight for equality continues. It was also wonderful to see young children carrying signs, pensioners in their sun hats as well as women of colour and Trans women represented. There was even the occasional man. 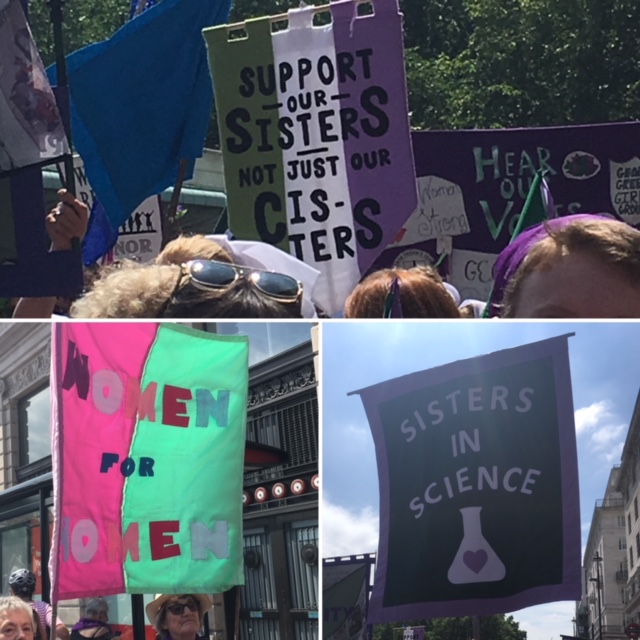 Some of the wonderful banners we saw

The sun really started beating down and covering one’s neck and shoulders with a scarf became far too uncomfortable and we, like many of our fellow marchers, tied them around our heads in bows. Processing up Piccadilly intermittent cheers and claps rolled down the crowd in waves. The horizon was literally filled with bodies and banners and the suffragette colours.

Shutting down the centre of town made me feel a small sense of power, and being able to saunter up some of London’s busiest roads and take in my surroundings gave me a new appreciation for my adopted home. Turning down St James’s Street and then up Pall Mall towards Trafalgar Square we gathered many onlookers. Some seemed bewildered, dare I say a little threatened, while others cheered and spurred us on; some waving from windows, and another blaring out David Guetta’s tune Titanium from a third floor flat on Whitehall as we passed.

Approaching Big Ben and the Houses of Parliament, I could see the flags around Parliament Square decorated with the suffragette colours and I thought back to the women’s march I attended that started from that spot months ago. I indeed got the sense that this event will go down in history and felt such pride that my friend and I were able to be part of it. 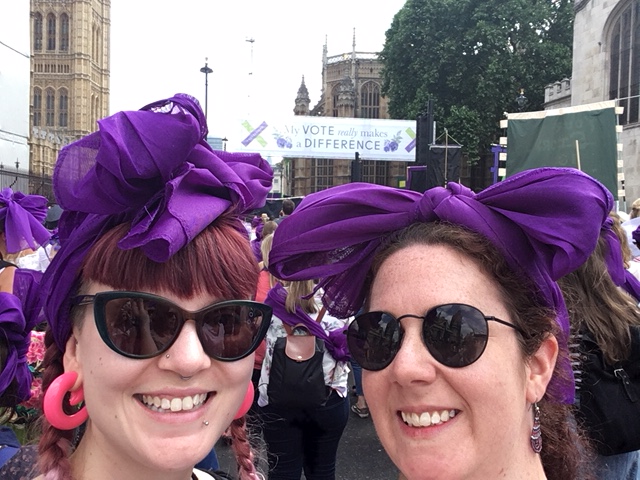 Feeling proud of ourselves

The finish line was marked by a sign declaring that our votes do count, and I found this simple gesture so encouraging and an important reminder of the responsibility that comes with the right. We took a quick moment to give thanks to Emmeline Pankhurst at her memorial in Victoria Tower Gardens unveiled in 1930, albeit in a shaded corner. She died a month before all women were granted votes, but they surely would not have happened without her. For that I will be forever grateful, and pledge to continue the fight until full equality is been achieved. In the words of those that came before us: “Deeds not Words”. 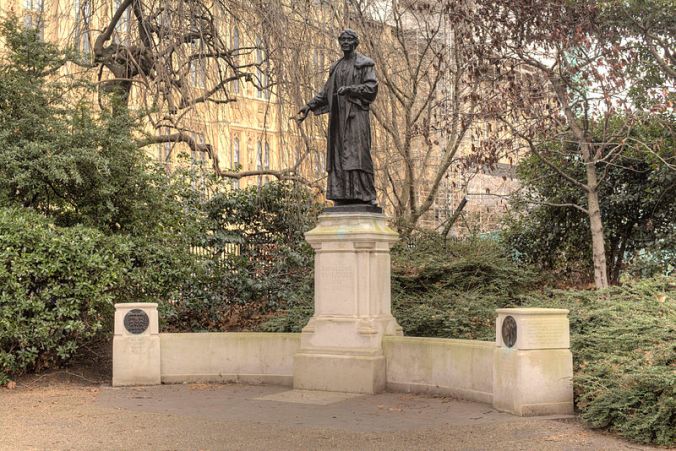 A river of Suffragette colours – aerial shot pinched off Twitter

One thought on “Suffrage Was Only the Beginning”