The changing of clocks always leaves me feeling mildly confused, and while automation sorts out the time telling devices around me (because technology can be awesome), the difference in light makes my body feel suspicious which is tiring. Add to that suspicion a 9am scrappy and tense Rugby World Cup semi-final, and the anthem singing that normally induces misty eyes instead making me weep. I could barely watch the actual game, choosing rather to listen and channel my stress into a knitting project instead, dodgy elbow be damned. 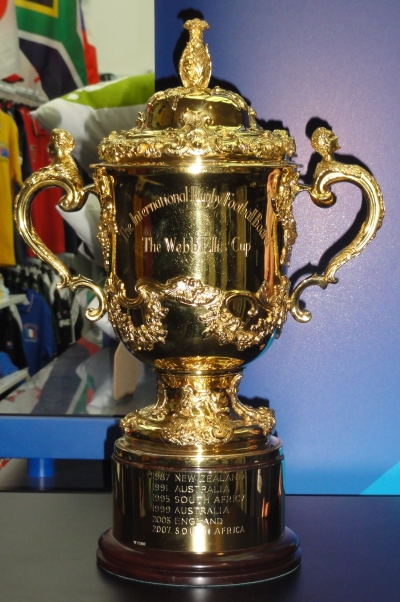 The cause of elation and strife

The game result was thankfully a good one and slow relief washed over me, before thoughts of the final made me nervous again. Thankfully I had a distraction planned, and what better way to release tension than by laughing with others. Comedian Hannah Gadsby was in town performing her new show, Douglas, at the wonderful Southbank Centre; nothing like a Sunday matinee to round off an exciting weekend.

A refreshing detail though was upon entering the Royal Festival Hall – phones and smart watches were locked away in little pouches meaning one was unable to access them during the show. I couldn’t help but think this may become more frequent in the future. Seeing A Perfect Circle was definitely better without having to watch it through someone else’s elevated phone screen (when technology is not awesome).

I’d booked my ticket months ago, and forgot how close to the stage I was. Not looking back into the Hall meant my third row seat gave a very intimate feeling, forgetting the capacity of the gorgeous venue felt a special privilege. I beamed as Gadsby entered the stage, in fact I beamed just about the whole way through her performance.

The applause rolled on for extra minutes before she uttered a word; standing underneath a picture of herself with the show’s namesake, her labradoodle (I think) Douglas.  Giving a very honest intro and referencing her Netflix special, Nanette, that catapulted her to world fame, in which she opened up about trauma from her life, she then asked what we our expectations were. Joking that had she known just how successful sharing her story would have been she wouldn’t have admitted it all at once.

She then gave us a detailed run-down of what to expect from her show, because it hadn’t yet started and she preferred to be her own warm up act because “she was pretty good, and cheap”. Part monologue, part lecture, part stand up, she mapped out the whole performance, even the ending, warning that there would be plenty of puns sprinkled around that we should look out for. Gadsby mentioned she’d be ‘hate baiting’ as well since she currently found those giving her negative feedback quite funny so she would be leaving them some bread crumbs and we shouldn’t pick them up. The audience responded enthusiastically when she said she’d be “needling the patriarchy” as well as taking aim at the anti-vax movement.

Gadsby did tell us that she had been diagnosed with autism, which was a big reason for her to take on the anti-vaxxers, but began her show by saying how being autistic had meant that small talk and eye contact has been a struggle for her; for example taking her dogs to the park and the chat with other dog owners taking unnecessary and awkward turns. Her hilarious retelling has now informed me of a cavity in the body called the Pouch of Douglas.

Now you know too, you’re welcome

Her feminist rant continued, but not without reason. She detailed an experience with a doctor who refused to take her seriously, segueing into how women have been classed as ‘hormonal’ when they “act in a way that a man has failed to predict”. This accepted classification in society by default implies that men don’t have hormones, in direct contradiction to the still perpetuated ‘boys will be boys’ excuse used to explain poor behaviour.

Her observations were honest, hilarious and all factual. Taking this further she mentioned the worst word one can call someone in the English language is slang for a part of female anatomy, and how she wanted to re-frame it to involve golfers. Such is her hatred for golf, equalled by her loathing for “Where’s Wally”, whom she described as the epitome of white male privilege.

She made use of projections to show examples of Renaissance art, after complaining that the naming of the Ninja Turtles was incorrect. Michelangelo, Leonardo and Raphael were all artists at their peak during the High Renaissance period of 1500 to 1520, by which time Donatello had already died. She made a convincing case for the fourth turtle to be named Titian, which would make more sense. 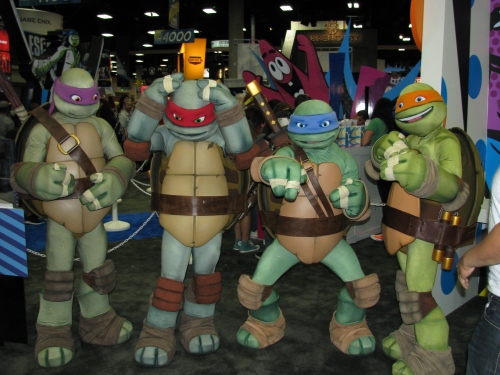 The incorrectly named Donatello with Raphael, Leonardo and Michaelangelo

Gadsby expertly blended personal experiences with observations, all the while weaving her points together, masterfully creating a sharp and brilliant show. Showing us the role of women in Renaissance art was particularly hilarious (in groups of three dancing naked in the forest generally). Watching her pick apart details of famous works I was crying with laughter even though I was lucky enough to have seen some of this routine before.

She performed a snippet of it at the epic live recording of the Guilty Feminist podcast at the Royal Albert Hall back in July. Hearing for a second time how little Saint Bernard had to do to be canonised as opposed to Saint Cecilia was side splitting. Over simplified of course; and mostly critical of paintings depicting these two, she successfully made the point of the imbalance that still exists in society today.

She took a more serious tone as she dismantled the argument perpetuated by the anti-vaxxer movement, who refuse to vaccinate their children because of a belief that they cause autism. As someone with the disorder she detailed how much of a struggle daily life has been for her, how her diagnosis has helped and how insulting she finds it that the anti-vax argument implies she’s of less value. The nail in the argument coffin added by her saying she’d choose autism over polio any day, frankly a sound point delivered in furiously funny fashion.

Gadsby is on point and on fire. A monumental show like Nanette would be difficult to follow up, but she has taken her experience in comedy and life and developed a triumphant return in Douglas. Poignant, honest, fact filled and utterly hilarious; I would watch her everyday if I could. Being so close to the stage I was convinced of a few moments of eye contact with her, which is unlikely since spotlights are brutal, but my inner fangirl is taking the idea and running with it.  It’s so tempting to try recite everything she said because it was marvellous, but copyright is a thing, spoilers are horrible, and you need to see her yourself. She implied that there would be a recording of Douglas released at some point and I truly hope so, because it is wonderful. 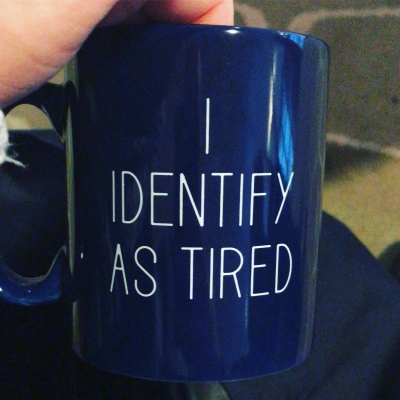 A (highly relatable) quote from Nanette

She left the stage after delivering probably the funniest onslaught of quick succession jokes I’ve had the pleasure of guffawing to, especially the final words which she had already detailed for us in her intro. I left feeling uplifted, empowered and thoroughly entertained. Gadsby is a voice for modern times and I can honestly say I cannot get enough of her nor can I wait to see what she comes up with next.

Grab tickets for her remaining tour dates here and catch Nanette on Netflix.